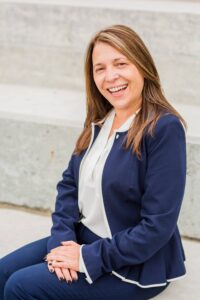 Recognized as one of Canada’s leading women in technology by Channel Daily News (CDN) magazine in 2011, Enza Alexander regularly writes articles and speaks at events to encourage women to get into cyber, and has endeavored to achieve equality within her company. Under her leadership, ISA Cybersecurity was elected as one of Canada’s Top Small and Medium employers in 2022 and launched Cyber Management Consulting (CMC) to expedite digital transformation and provide companies with an expert cyber program. She finds cybersecurity rewarding and to be “her driving force, as these activities have real implications on people’s lives.” 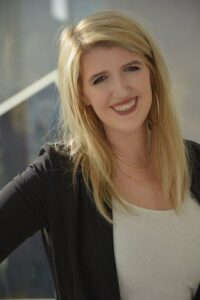 Experienced on large scale and high impact cybersecurity breaches, Jaycee Roth has managed over 600 incident responses and remediations, ranging from corporate cyber attacks and extortion to post-incident responses. She began her career as a Tier 1 Security Analyst at the Herjavec Group, leading over 30 Security Analysts, and followed that with a role as Senior Digital Forensic Investigator at Kivu and Arete, where she managed security and incident responders as well as digital forensic analysts. Her contributions have significantly mitigated cybersecurity risks and saved companies from financial and reputational loss. Roth regularly writes about cyber-related matters and speaks at schools to inspire the next generation. 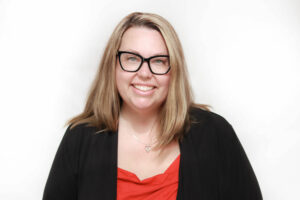 A well-rounded cybersecurity expert, Kim Schreader leads TELUS’ national Cybersecurity Consulting and Professional Services practice, overseeing over 50 security professionals who provide counsel in all areas of cybersecurity. In 10 years, she has expanded the practice by 10 per cent and has provided guidance to several Canadian companies, while also leading the TELUS Cybersecurity Forum that convenes IT professionals to share perspectives and expertise on cybersecurity. She has worked to empower women, and is appreciated for her strong coaching mentality and for attracting talent in the cybersecurity field. 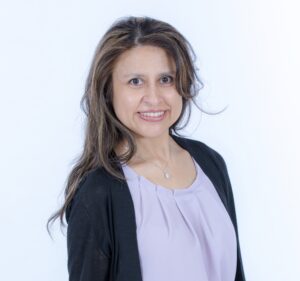 Leading and implementing security and risk programs for more than 20 years, Magali Calle has held several key Information Security roles, overseen cybersecurity programs, and established the first Board-approved Cybersecurity Policy at a financial institution, thus making her mark among executives. She has made significant contributions in the cybersecurity field, notably with the Canadian Bankers Association (CBA), as well as in the Information Security Committee within the Canadian Life Health Insurance Association. She was the recipient of the Aviva Global CIO Award in 2018, was recognized by SiberX in 2021 as Woman in Leadership, and was a DMZ Women of the Year Nominee in 2022. She has been a guest speaker in many educational institutions and participates in STEM activities in her community. 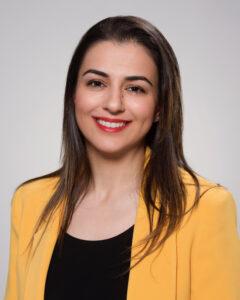 A lawyer in Ontario, New York and District of Columbia, Migan Megardichian advises on privacy and data ethics with a focus on enterprise cloud services and AI initiatives in her current role at TELUS’ Data and Trust Office. She was appointed City of Toronto Councillor in 2018 to replace Chin Lee, who had stepped down to run in a provincial election, and has held different cybersecurity roles at Volkswagen Canada, the American Bar Association’s Privacy, Cybersecurity and Digital Rights Committee and International Association of Privacy Professionals (IAPP).  Megardichian is a polyglot, has a Taekwondo Black Belt and is a board member of Skate Ontario and Freestyle Canada. 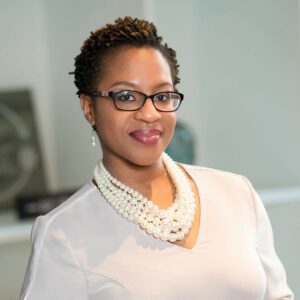 Recipient of the 2021 Black Engineer of the Year Awards Modern Day Technology Leader, and shortlisted as the 2020 Security Champion of the Year by Women in Technology, Octavia Howell is a technical leader specializing in Networks, Cybersecurity and building operationally-efficient and diverse teams. She seeks to help people grow professionally and prides herself on her problem-solving skills for her business partners. She is also the Founder of Augustus Redefined, an organization focused on the advancement of Black women in cyber. She aspires to bring others up and often says, “A team is only as strong as their leaders, and each leader casts a shadow that they will be held accountable for.” 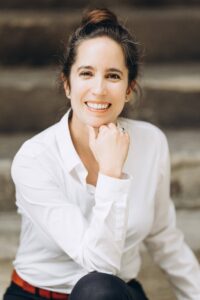 Recognized by her colleagues for her innovativeness and leadership, Raphaelle Gauriau has a decade of experience in cybersecurity, having developed cybersecurity operations in Canada and France, and overseen the cybersecurity infrastructure, including 300 firewalls, as an IT Security Analyst with Hydro Quebec. In addition, she reduced high risk cyber vulnerabilities by 65 per cent within a year at Borden Ladner Gervais LLP, and is a key member of Digital Research Alliance of Canada and Federation Cybersecurity Action Plan, where she also led the Cybersecurity Incident Management and Cybersecurity Training and Awareness. Besides seeking cybersecurity solutions, building strong teams is one of Gauriau’s top priorities. 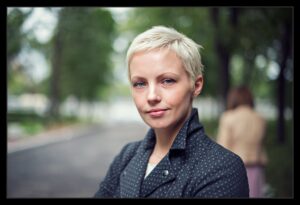 Part of the Cyber and Defence team at SAP, Helen Oakley defines application, operation security controls, standards, and frameworks while also contributing to the cross product architecture in her current role. As a co-founder of LeadingCyberLadies.com and teacher at HackStudent.com, Helen seeks to welcome everyone in cybersecurity by running podcasts and educating women, kids, and experts alike. Helen lives by her LinkedIn tagline: “Cybersecurity is a lifestyle. Learn it. Live it. Share it.” 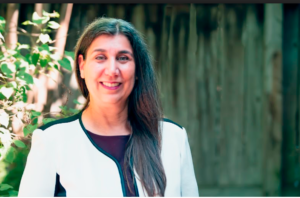 President of the Ontario Chapter of Women in Cybersecurity, Karen Nemani has encouraged women in the industry both locally and globally. She has 25 years of experience in all cybersecurity domains, including Identity and Access Management (IAM), Enterprise Governance, Risk Management and Compliance (EGRC), Audit and Cryptography. She was the keynote speaker at the Toronto SecTor Conference, and is often the only female voice at numerous conferences and events. She launched the first Career Village where cybersecurity professionals convene to mentor other women. She created Women in Cybersecurity (WiCyS) Ontario in conjunction with WiCyS US, where she earned a strong presence in their Global Leadership team. 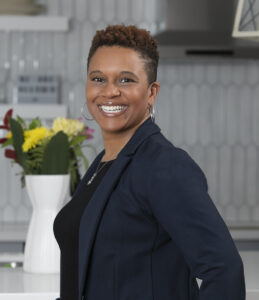 A cybersecurity leader with over 20 years of experience, Katherine Isaac helped organizations adopt good security practices and implement innovative solutions. She executed a digital transformation of the manual processes of the York Region Health Department and Emergency Medical Services and revamped patient care significantly while ensuring compliance of the organization with the Canadian Federal Personal Information Protection and Electronic Documents Act (PIPEDA) and Ontario Provincial Personal Health Information Protection Act (PHIPA). Additionally, she helped scale the Herjavec Group from 150 to a 300 person organization, hence doubling revenue. Isaac is also an executive member of the Black Professional Technology Network (BPTN) and was recently named to the Board of directors of the Canadian Cybersecurity Community.

Kathleen Legere has over 30 years of experience in the IT industry, with the last 11+ years in cybersecurity supporting Royal Canadian Navy (RCN) and Royal Canadian Airforce (RCAF), the Canadian Surface Combatant (CSC), Maritime Helicopter (MHP) and Victoria Class Submarines Naval Combat Operations Trainer (NCOT) programs. She oversaw the design, configuration and integration of the infrastructure of both the Department of National Defence (DND) and military/naval systems in Atlantic Canada. She actively shares her knowledge with others, and is the go-to cyber security leader for internal and external stakeholders given her strong work ethic. 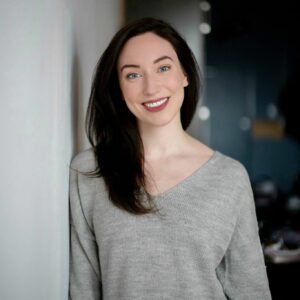 A McGill computer science graduate, Kristina Balaam started her career as a software engineer, which was followed by an application security role at Shopify, where she became familiar with the common defects in app and website design. She spoke frequently at conferences on application security, transitioning into security roles and the role of women in technology. Since the start of her current role, Balaam has detected and reverse engineered cyber security threats, notably a 2019 adware threat by Cootek. She also is a Senior Researcher and Team Lead for the Threat Intelligence Team at Lookout, and created a LinkedIn course on reversing engineering Android applications. 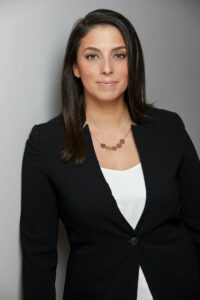 Recipient of the Captain Nichola Goddard Award of 2022 from the Armed Forces, Sara Anvari’s contributions to cybersecurity range from Canada’s National Defence to currently overseeing BDC’s cyber risks, information security and data protection. At BDC, Anvari is known for leadership, the ability to communicate efficiently with all levels of the organization, and the ability to counter large scale cyber attacks that can be of significant risk to Canada’s National Security. In addition, Anvari is an active Warrant Officer in the Reserve Force of the Canadian Armed Forces. 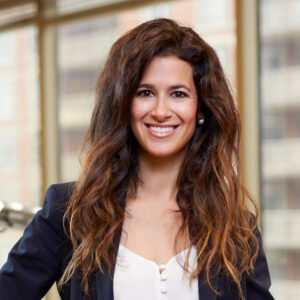 Sharon Bauer was a litigator for 10 years, and worked as a Senior Manager at KPMG before starting Bamboo Consulting, in hopes to revolutionize privacy services and make them accessible to Small to medium businesses (SMBs). Bauer regularly takes part in panels and conferences, including at the IT World CIO Innovation Summit in 2018, and is featured on podcasts and university/college courses. Furthermore, Bauer frequently contributes to Lawyer’s Daily. 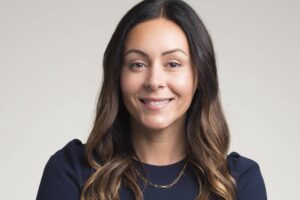 Amanda Vicinanzo has over 15 years of experience in cybersecurity, having managed large IT Security projects with budgets totaling over C$2 million. She won the 2015 TELUS Unsung Hero award and the 2016 TELUS TS Top Rung award, and was nominated for the TELUS Leadership NOW program. Under her leadership, BlueVoyant became the number one security partner for Microsoft Canada, which helped the organization scale over 600 per cent. Vicinanzo is known to leverage her extensive cyber knowledge to improve customer satisfaction, and advocates strongly for other women and a diverse and inclusive team. 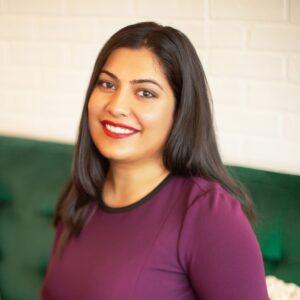 Ikjot Saini started her current position as an Assistant Professor after completing her Ph.D. program at University of Windsor’s School of Computer Science, where she also founded the first Canadian Student Chapter of WiCyS (Women in Cybersecurity) to expand opportunities for women in cybersecurity. Saini has been a presenter and panelist at numerous conferences and won several awards, including the Cyber Woman Of the Year award. In addition, she was featured in 2020 Canadians to Watch by Automotive News Canada.  Saini is a strong advocate for women in STEM and cybersecurity. 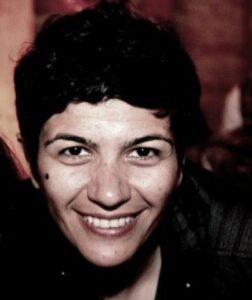 In her current role, Negar Farjadnia is responsible for driving Avanade to be the leading cyber security expert in the Microsoft ecosystem and for delivering technologies that power Avanade’s customers as well as operations worldwide. Since 2020, she has tripled the growth of the Avanade security practice in Canada and helped secure more than 120 clients. Farjadnia previously worked at Rogers, where she spent five years implementing workplace technology. She is a sought after speaker, has advised the board on technology at Pink Triangle Press since 2015, and is the Canada lead for the LGBTQ+ Employee Network (Prism), promoting inclusion and diversity at Avanade. 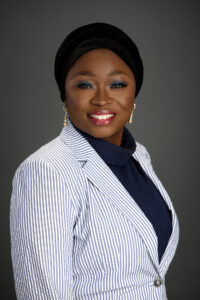 Sherifat Akinwonki’s cybersecurity experience stretches across diverse industries, including Financial, Agriculture, Oil & Energy services, Pharmaceuticals, and IT services. She holds a master’s degree with distinction from University of Salford, UK, as well as several cybersecurity certifications. She co-founded Women in Cybersecurity & Technology (WICT), and serves as a board member for Canadian Women in Cybersecurity, and Girls and Women Technological Empowerment Organization (GWTEO). She strives to support the underprivileged, and to mentor youth to launch their careers in technology. 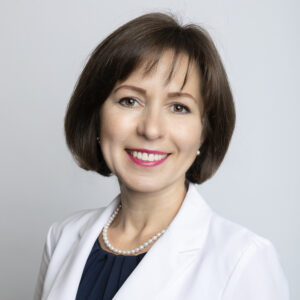 Coming with 15 years of experience in IT and cyber security, Svetlana Zlobina helped strengthen RBC’s cybersecurity posture by navigating the new cybersecurity realities, guiding the bank through the pandemic and the evolving risks. Her international team focuses on different types of IT risk management, delivering cyber education and awareness, and implementing emerging technological trends, including automation of cyber controls assurance at scale, and a human behavioural approach to building RBC’s internal or external risk culture. A strong advocate for women in tech, she is a regular presenter at tech events, notably at Google’s Courage to Create Conference. 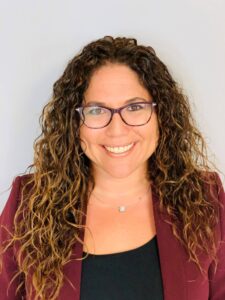 Tammy Nyman oversees operations, professional services and marketing at MBC, which, under her leadership, became one of the first security-first Managed Service Providers (MSPs) in Canada that primarily help small businesses. She also launched the Network Security Operations Centre (NSOC), focusing solely on providing advanced security services to the company’s clients. She created key market strategies to communicate the risks of cyberattacks for small businesses, and stays informed on the daily developments in the cybersecurity field while curating social media campaigns that focus on spreading cybersecurity tips.

Sat Jul 30 , 2022
White label WEB OPTIMIZATION & hyperlink building companies. Now, we must be topic-focused (abstract, I know), as a substitute of just key phrase targeted when optimising an internet page for Google. There at the moment are loads of third-parties that help when researching keywords but most of us miss the form […]