Stocks were mostly higher in Asia on Friday after a rally on Wall Street led by technology companies.

U.S. futures and oil prices were mixed as investors await signals on Chinese economic policy from a meeting of the ruling Communist Party’s powerful Politburo.

Analysts said the meeting, expected Friday, would likely focus on ways to spur growth as leaders try to counter worries over how shutdowns to curb coronavirus outbreaks are affecting the world’s second-largest economy through disruptions in shipments, manufacturing and other business activity.

The “Politburo will focus on spreading good cheer to Asian markets so expect China to show a more pro-growth policy tone in terms of COVID restrictions, the housing market, internet regulation, and consumption boost,” Stephen Innes of SPI Asset Management said in a commentary.

Tokyo was closed for a holiday, the first of several in Japan’s coming “Golden Week.”

Tesla shares closed Thursday down slightly at $877.51. They are down 17% so far this year.

Major stock indexes on Wall Street notched their biggest gains in more than six weeks Thursday, as technology companies clawed back some of the ground they had lost recently.

This week has been turbulent as investors review a heavy batch of corporate earnings from major tech companies, industrial firms and retailers.

Big Tech and communications companies have been behind much of the oscillations in the broader market as their pricey stock values have more weight.

Apple rose 4.5% in regular trading. It rose another 2.3% in after-hours trading after reporting stronger-than-expected results and increasing its dividend and stock repurchase program.

Amazon rose 4.7% in regular trading, but slumped 10.5% in after-hours trading after the online retail giant reported its first quarterly loss since 2015. The company reported a decline in sales and huge write-down of its investment in an electric vehicle startup.

Corporate report cards are hitting the market as Wall Street studies how inflation is affecting businesses and consumer spending.

Supply chain issues have been crimping business operations in many industries throughout the recovery from the pandemic and Russia’s war against Ukraine has worsened increases for energy and key food commodity prices.

The U.S. Federal Reserve is set to aggressively hike rates as it steps up its fight against inflation. The chair of the Fed has indicated the central bank may hike short-term interest rates by double the usual amount at upcoming meetings, starting next week. It has already raised its key overnight rate once, the first such increase since 2018.

The Commerce Department reported Thursday that the U.S. economy shrank last quarter for the first time since the pandemic recession struck two years ago. But the report showed consumers and businesses kept spending, despite rising prices suggesting demand is resilient.

Investors will get another update Friday on spending, a barometer for the economy as everything from food to clothing and gas becomes more expensive, when the Commerce Department releases its personal income and spending report for March.

Copyright 2022 The Associated Press. All rights reserved. This material may not be published, broadcast, rewritten or redistributed without permission.

Stay up to date on life and culture in St. Louis.

Soundboks Go: A portable boombox with a wireless focus

Sat Apr 30 , 2022
I have used a great deal of time in the earlier DJing, throwing compact events and heading to gatherings, so which is put me in the mentality of wanting for the biggest sound systems with the the very least volume of stress. There are a good deal of Bluetooth selections […] 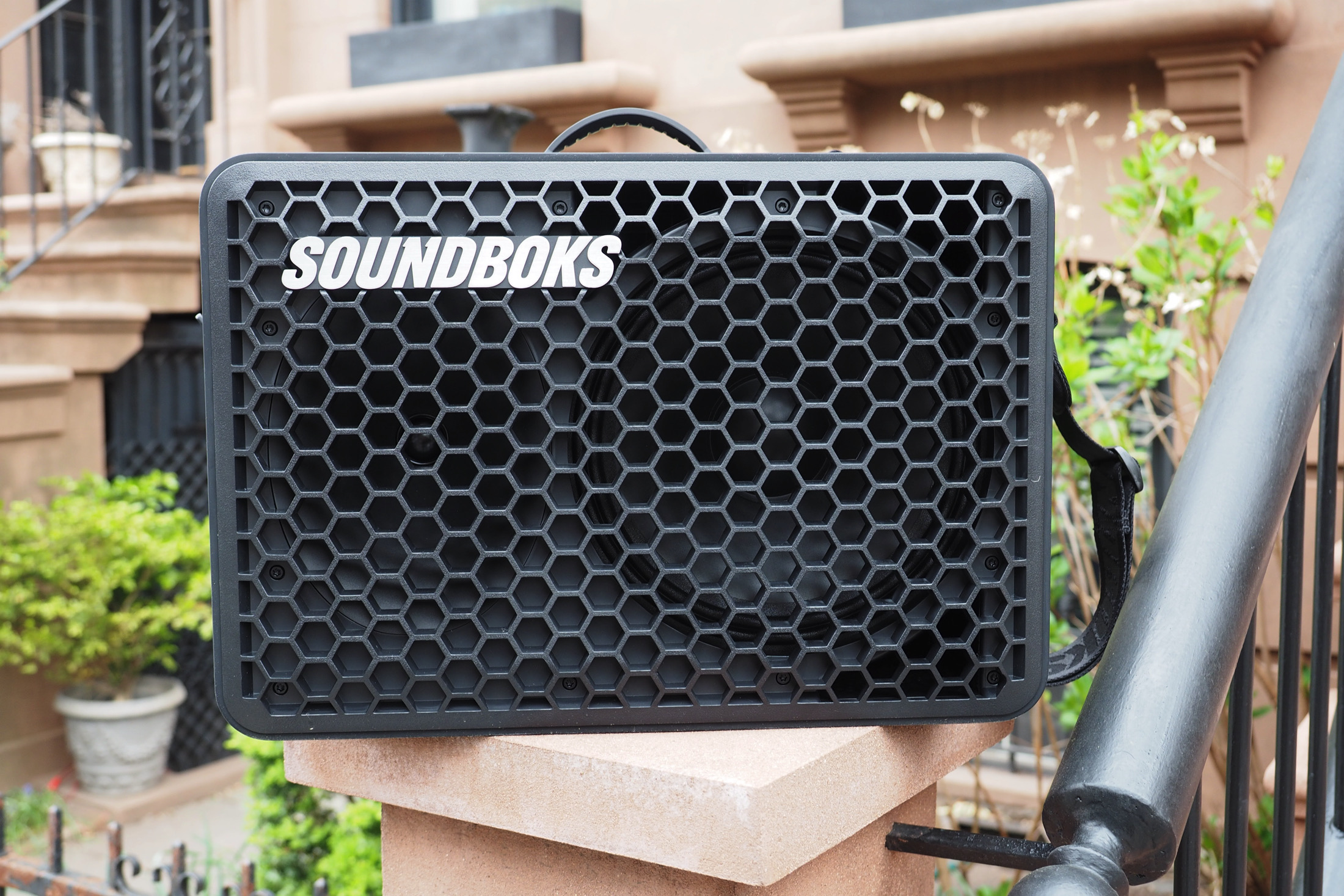